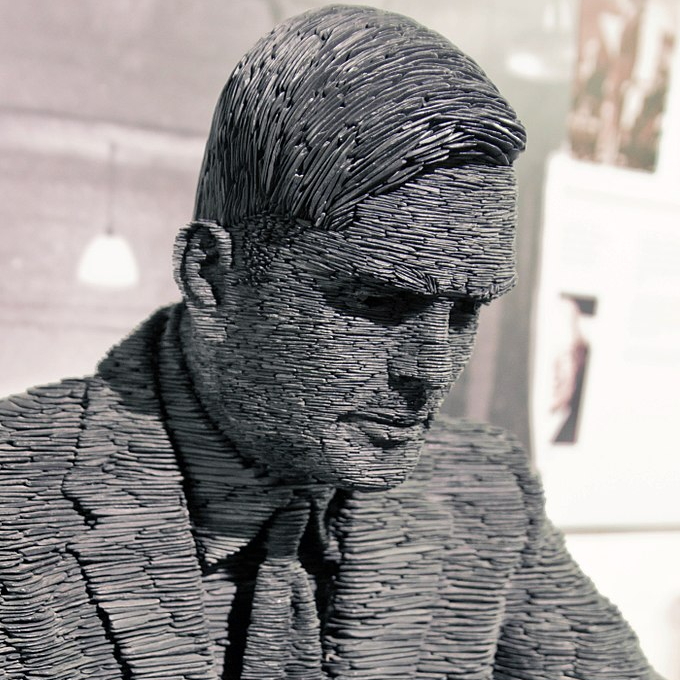 Alan Turing (1912–1954) was one of the brilliant minds of twentieth century Britain. He was a mathematician, computer scientist, logician and cryptanalyst apart from making contributions to theoretical biology and philosophy. He formalized the concept of algorithms and made seminal contributions to the development of theoretical computer science. Despite his intellectual brilliance and successfull breaking of Nazi secret codes, Alan Turing seldom received the recognition he deserved. There were two reasons, though, one was his homosexuality, then a crime and secondly, his active work was part of secret service and hence classified and unknown to the world.

He was prosecuted in 1952 for homosexual acts and he accepted chemical castration as punishment in lieu of jail term. The belief system of an era caused great grief to this genius whose work tremendously influenced the entire world with the advent of computers as a consequence of his work and their ever growing impact on human life. He died of cyanide poisoning, still considered by many as a suicide, but conspiracy theorists say that he was exterminated by British secret service for fear of Soviets gaining control on him due to his homosexual tendencies thereby causing extraction of British secrets from him.

Alan Turing was posthumously pardoned by the British crown and his picture was depicted on £50 note released by Bank of England on July 15, 2019, probably, a rare recognition for a computer scientist at last.

The Turing prize, a prestigious prize instituted in the name of Alan Turing has been awarded to distinguished mathematicians and computer scientists every year. Two persons intimately related to TEX, namely, Prof Donald Knuth, inventor of TEX and Leslie Lamport who developed LATEX macro library have been awarded Turing prize for their various contributions to computing.